The Calypso Cave is one of the hidden gems in the beautiful island of Gozo which has become an increasingly popular spot amongst both local and tourists.

The beautiful hidden gem of Calypso Cave is reached by traversing northwards the plateau on which sits the ancient village of Nadur. It is located in a cliff just off Xaghra; overlooking Gozo’s most sought after sandy and fine beach, Ramla Bay, also known as Ramla l-Hamra and the fertile terraced fields all through the valley, which are best seen in winter since they are in full greenery. The surrounding sloping rock faces and the deep blue sea extending outward into the Mediterranean Sea. It is potentially one of the many incredible sights on Gozo, the second largest island in the Maltese archipelago with several locations offering incredible sights to see. By descending a small rock-hewn passage and some steps, one enters this enormous cave in which one still finds mangers and animal pens filled with straw bedding. The cave is found around thirty minutes walk away from the Xaghra village square and it is suspected to be the cave referred to by Homer in The Odyssey. It is even believed that Gozo is the island of Ogygia and the cave to be the one where the beautiful nymph Calypso kept Odysseus as a “prisoner of love” for seven years. Calypso had promised him immortality if he stayed with her, but he escaped when he could, and returned to his wife Penelope. It is presumed that the cave is a complex labyrinth, extending down to sea level at some points, however, stone boulders block the way a few metres inwards. On the shore below Calypso Cave one can also observe the remains of the Marsalforn tower, a fortification built by the Knights of Malta in the early-eighteenth century to protect against sea-ward attacks. Although the cave’s interior and exterior are not too impressive and it is also found in a remote location, it still creates a feeling of anticipation due to its links with Greek legends. Apart from that, one can also enjoy a breath taking view of the picturesque Ramla l-Ħamra Bay. The view of Ramla Bay and the surrounding countryside is one of the location’s best features and has led to it being known as one of the most beautiful and picturesque places on the island. If you are spending your holidays in Malta, be sure to visit the glorious island of Gozo and to check out all the hidden beaches and caves there that make it such an incredible jewel! The Calypso Cave has become an increasingly popular spot amongst both locals and tourists.

This is how to get to Calypso Cave:

To reach this cave, you have to follow 'Racecourse Street', the main street, northwards out of Xaghra. Just before the road descends towards Ramla Bay there is a gift shop with an archway made of stone on the left hand side. Go through this archway and across a 'karst garden'. You will then find a flight of stairs incised in rock. Downstairs you will find a platform and the entrance to the cave is an archway one metre high. There is no fee to enter this hidden gem, as the entrance is completely free of charge. There is no artificial lighting inside, so a portable torch could be useful. 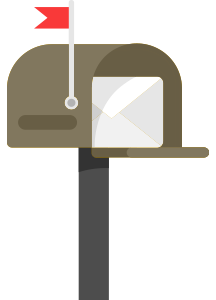